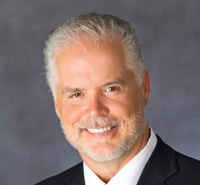 Over the past thirty plus years, George Keys has dedicated his professional life to becoming one of the leading advocates for the policyholder in property insurance claims.

He began his career at Commercial Union Insurance Company and worked his way from Staff Adjuster to General Adjuster overseeing numerous states. While serving as an insurance company employee, Mr. Keys strived to ensure that policyholders were properly paid for their damages. Near the end of his employment as a General Adjuster, he noticed that carriers’ payment philosophy had changed. No longer was he allowed to pay claims based on a liberal interpretation of the policy. The change in claim payment philosophy by his employers was a clear indicator to Mr. Keys that policyholders need protection and qualified representation. He became a policyholder advocate and has since represented thousands of individuals, businesses, condominium associations and homeowners associations.

Mr. Keys is regarded as a leading expert in property insurance claims and a frequent lecturer for many organizations. In March of 2007, he was invited by the Florida Bar Association to address the assembly on the subject, Problems with Insurance Claims; The Association’s (Continuing) Nightmare. On July 30, 2012, Mr. Keys lectured on Insurance Association For Justice. Over the course of his career, Mr. Keys has developed a well-deserved reputation as an authority in whom other professionals, property owners and managers can fully place their trust.

Mr. Keys’ results in Alternative Dispute Mechanisms such as Appraisal have been remarkable. The industry regards him as being extremely knowledgeable, thoroughly prepared, and a fierce negotiator. On behalf of the insured, he has pioneered several aspects of damage claims which were long overlooked.

In response to the demand of his clients in Florida, in January 2007, George Keys restructured his practice under a new corporate name with head office in Naples, FL. The mission of Keys Claims is to provide a full line of public adjusting and appraisal services to fulfill the needs of consumers. Keys Claims specializes in condominium and homeowner association losses and has achieved significant success on behalf of its large loss clients.

Mr. Keys served as Founder then Co-owner and Senior Partner of one of the largest public adjusting firms in the Southeastern United States. He was instrumental in making public adjusting and appraisal services available to the insured public in the State of Tennessee.

As one who had spent many years working for large insurance companies, Mr. Keys saw the need to bring his experienced voice to the insurance claims process as a consumer representative. Mr. Keys successfully represented over a thousand property owners and corporations.

George Keys began his career as an adjuster and eventually was promoted to the top position of General Adjuster and Catastrophe Coordinator. Mr. Keys received personal recognition from the President and CEO of Commercial Union Insurance Company for handling large losses across numerous states. His responsibilities included policy interpretation, adjustment of claims, training and supervising staff and field adjusters as well as assessing dollar values and needed manpower following disasters.